Is Automation MAKING your business or KILLING it? 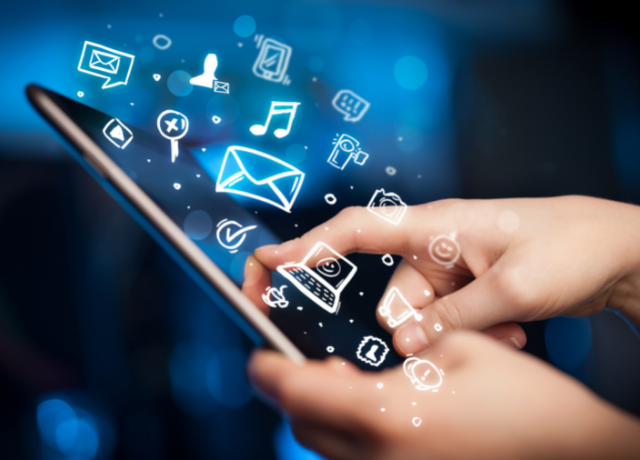 I recently got an email with the Subject Line “AUTOMATE OR DIE.”
And I wanted to write back and say… “No… it’s OVER-AUTOMATE and ABSOLUTELY KILL YOUR BUSINESS.”
I believe Automation is MOSTLY costing you a ton of business and will give just a few examples of things you CAN automate and the COST of doing it.
But before I start….
Here is another Proclamation:
"ALMOST EVERYTHING YOU CAN AUTOMATE WOULD BE DONE BETTER... IF YOU DIDN’T."
OK… so here’s a shortlist:
Social Media Posts
Yes, you can Automate 100 ways… I use Keeping Current Matters social media automation ONLY for my business FB page, Twitter and Linked In. And I change the dates, times, and lead in/signature comments frequently…HOWEVER... If I post a good KCM article on my PERSONAL page (the one people actually read), I do it...
Continue Reading... 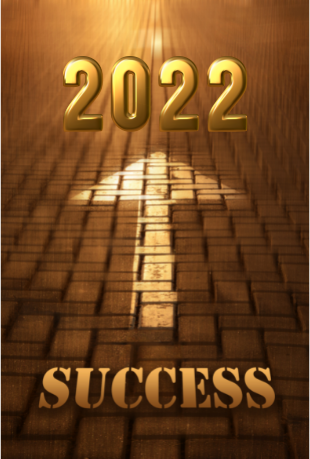 After 35 years of selling real estate and 15 years of Coaching Agents and Broker, this is what I know for NOW:
There are 5 REALLY important Questions to answer BEFORE you start setting goals for 2022.
And you need a LITTLE data before you answer the questions.
Data to collect first:
What was my “best year in the business” so far… my previous PEAK year?
For that Peak Year -  What was my volume, number of sales, structure (agents on team/staff) income GCI, and Profit (Profit is what you paid taxes on for your 1099 that year)
Once you have that, here are the 5 Questions to answer BEFORE you start goal setting for 2022:
1. What does YOUR next “PEAK” look like in the future?
Note that it doesn’t have to mean more numbers… it may be LESS!
2. Ideally, when would that next “PEAK" HIT (next year, 5 yr plan, 10 yr plan)?
3....
Continue Reading...

How to Find Your Next Listing Lead

Are you low on listing inventory? Even if you’re sales may be cooling in your area, it’s still a sellers’ market. There are several ways for you to generate listing leads and some sellers are actually “advertising” for you to find them.

Contact the CLOSEST For Sale by Owners around your home or office. It will only take a few of them to find 3 that will allow you to come to meet them in person and see their house.

These people are LEADS by definition ... not listing appts. Not buyer sales. They have a house they want to sell. They do not have an Agent representing them... yet. (50-80% of them will hire an Agent before they sell. Probably one they've met in person) AND they publish their contact information. Voila. The perfect trifecta.

Don't worry about the objections or overcoming them. Don't argue with them. Just ask to see the home. Need help with that? Click the video below to watch Mike's free Webinar here. 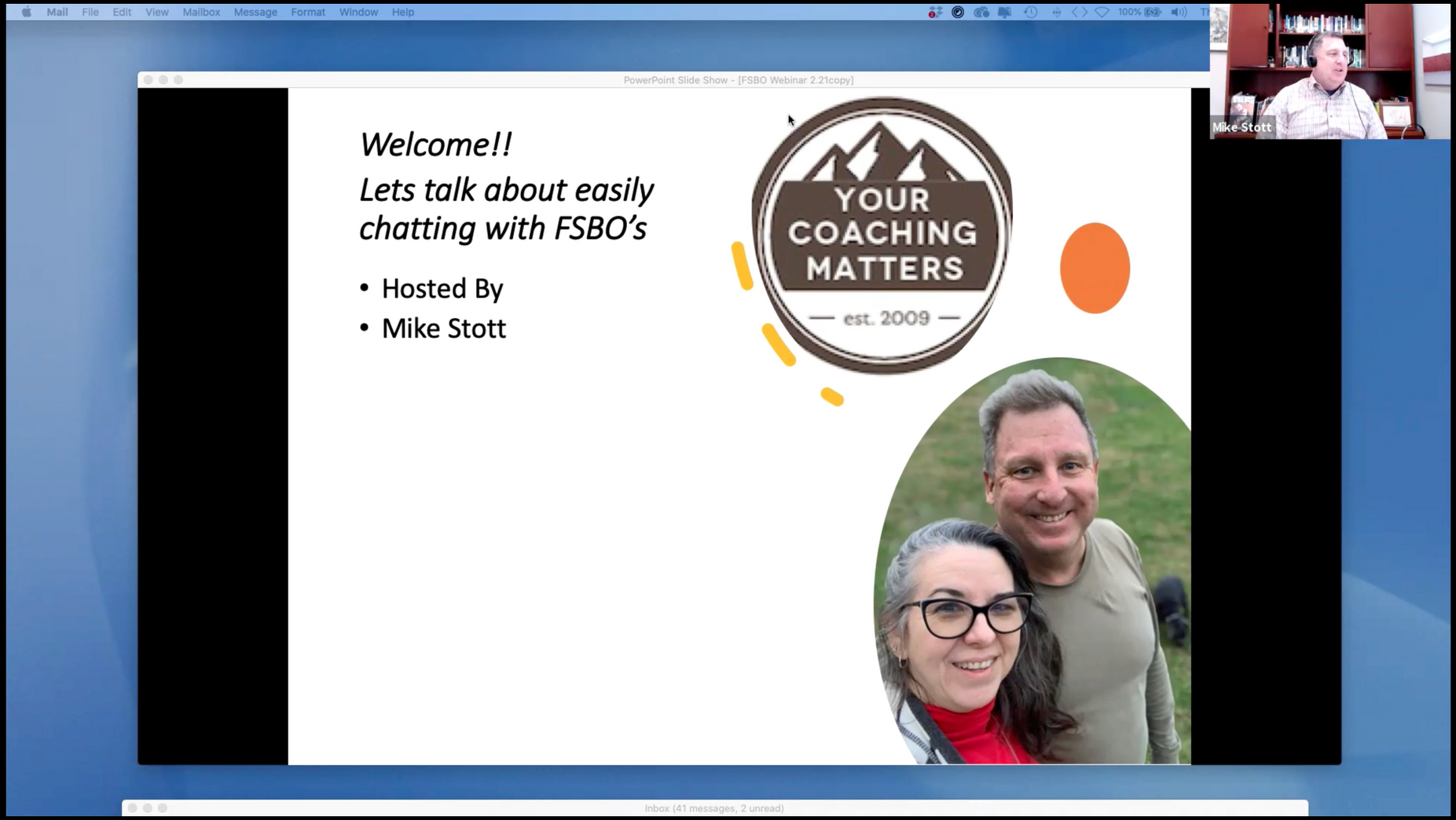 MARK YOUR CALENDARS for MONDAY JULY 19th at 11am ET! 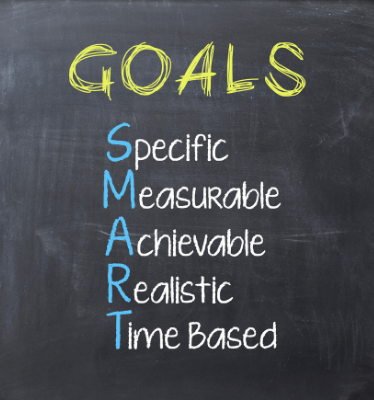 Different people do different things with the mnemonic acronym letters…

The S is usually “Specific”, but I’ve also seen it as an S for: Simple, Significant, Sensible,

The M is usually “Measurable”, but I’ve also seen it as an M for: Meaningful, Motivating,

The A is usually “Achievable”, but I’ve also seen it as an A for:  Attainable, Agreed Upon, Actionable

The R is usually “Realistic”, but I’ve also seen it an R for: Reachable, Reasonable, Results-Based, Relevant, Reviewed-Often, Risky, Repeatable

The T is usually “Time-Based”, but I’ve also seen it as a T for: Timely, Time-bound, Time-limited, and most recently TESTED.
We have studied this and for several years used Goals that ARE SMART using some of the above and adding in additional words.

Are you a Real Estate Assistant? 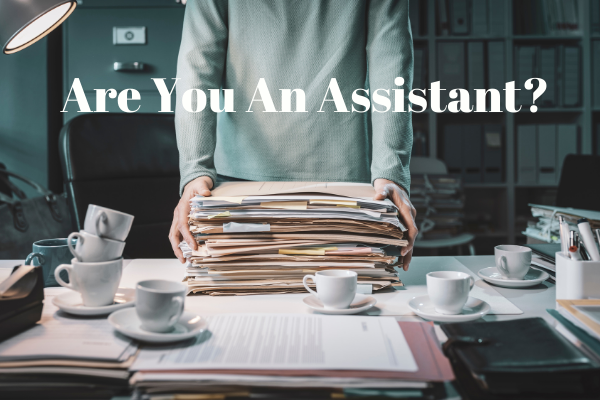 There are 2 jobs in real estate. Well, I could make the argument there are 12 jobs, but we’ll keep it simple for now and divide those into 2 categories.

There’s a Sales job. And an Administrative job.

If you HAVE an Administrative Assistant, great.  Calculate what they are being paid multiplied by 5-10.  That’s how much you should be grossing in income.  If you aren’t, or on the low end of that scale, then it’s possible they are being paid wrong, are doing the wrong tasks for you or doing them incorrectly… or are not the right person for the job.

Fortunately, this can be solved.  Ask me how if you want to...

How to Organize Real Estate Files: Streamline Your Client Experience, Skyrocket Your Business

We love it when we get featured!!!

We pride ourselves for raising the bar and the website Preclose agrees! They used some of our practices, as well as other industry trend setters, in their latest article.

The entire article is below:

If you’ve never worked in real estate, it can be easy to underestimate the effort needed to effectively organize and manage the business side of things.

Putting out fires, tracking down post-it notes and following paper trails are as much a part of the job as prospecting and home showings. No surprise, then, that the top real estate teams realize the crucial role effective organization plays in building a strong and sustainable business.

Bulky, red-tape systems simply don’t fit with the agile approach required from today’s top-performing teams. But with organized processes in... 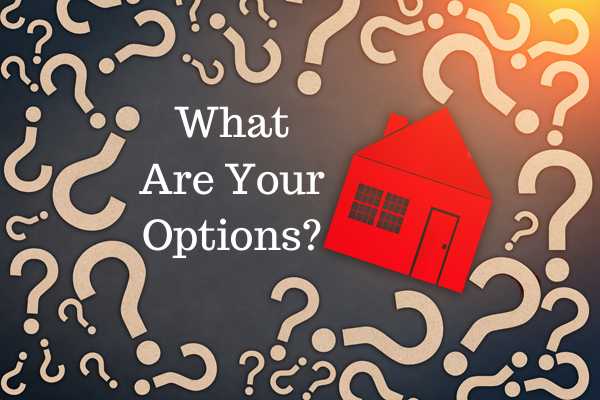 Owners in the US right now have 8 options of what they can do with the property they own.

By focusing on all possible options, Owners can more clearly see, in their own situations, which are NOT options… and which ARE.

And when Owners clearly understand the pros and cons of each option...

They can make better decisions. I hope this helps YOU in your best decision.

Option #1 - Keep the property, make the payments, and live in it.  If the home works for you location-wise, size-wise, cost-wise and you’re enjoying it now, great. No one is going to make you sell if you’re making your payments. If it will NOT work for the upcoming next real estate cycle, keep that carefully in mind. The market is very good. It will not always be.

Option #2 - Keep the property, make the payments, and rent it out.  If it’s been a rental, you can choose to keep it one. If it’s been your primary residence and you want to turn it into a rental, talk... 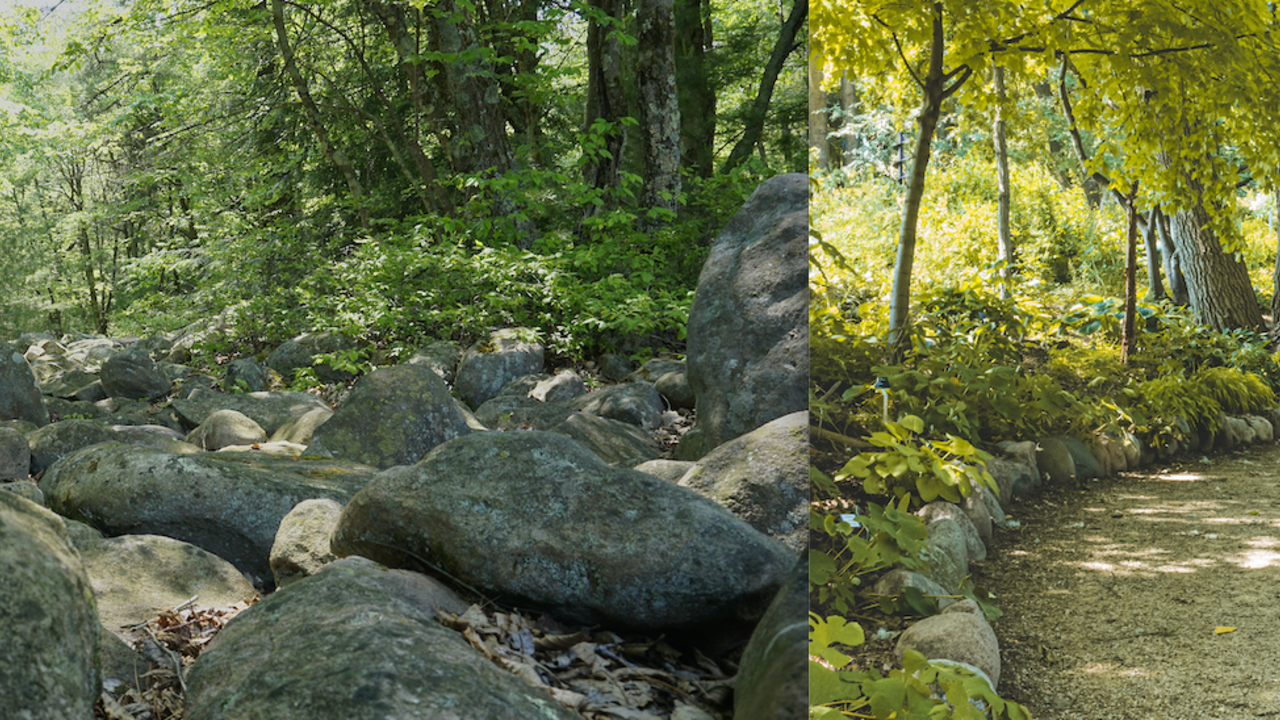 I took a note recently. It's what I do... I write things I am listening to on pieces of paper or in an open email.  Could be a speaker, could be a show, could be a coaching call... It's a habit I've created.

I am not sure where I was when I took this note. It's on a bon appetite long narrow paper that says "shopping list" at the top, lol. Something the magazine must have sent me with an invoice or an offer.